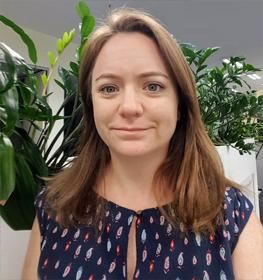 Liz graduated from The University of Newcastle, Australia, in 2001. After graduation, Liz relocated to the United Kingdom where she worked for several years in pathology before joining a contract research organization specializing in preclinical and clinical evaluation of vaccines and antivirals using in-vivo viral challenge models and in-vitro virus detection techniques.

Liz joined NATA (National Association of Testing Authorities) in 2010 as a GLP inspector. In addition to inspecting facilities for compliance with the OECD Principles of GLP, she is also involved in conducting assessments of animal health and research &amp; development laboratories for compliance with ISO/IEC 17025.

NATA is responsible for accreditation of testing and calibration laboratories and is also the Australian GLP compliance monitoring authority. The Australian GLP program includes facilities conducting a variety of studies including toxicology studies
and agricultural and veterinary residue trials.