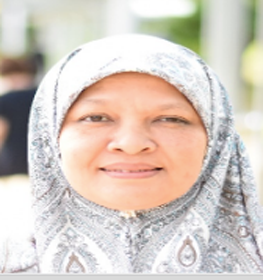 Fariza Wan Abdullah is currently a Senior Principal Assistant Director of Accreditation in Department of Standards Malaysia, MOSTI. She obtained Diploma in Science, ITM 1992, BSc. Hon. in Biotechnology Resources, UNIMAS 1997 and MSc. Hon. in Allied Health (Biomedical Sciences) in UKM 2002. She joined the Standards Malaysia as a Science Officer since 2002 till now. In 2007 she and her team, was assigned to establish the OECD GLP

Compliance Programme for the department. The knowledge of OECD GLP obtained through training in Belgium, Switzerland and Japan and also expert from Finland and Australia were invited to Malaysia for two sessions of training starting 2008. After two year managing the programme, she was appointed as GLP Lead Inspector, OECD Inspector for On Site Evaluation in 2016 and OECD Speaker in India, Poland and Indonesia. Finally, as a GLP Manager for Standards Malaysia, she represent Malaysia in the OECD Working Group on GLP since 2011.