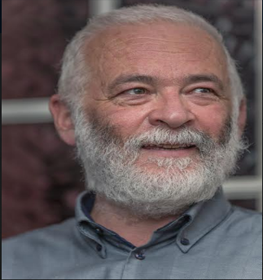 Guido Jacobs graduated as Master in Sciences-Biology in 1978 at the University of Antwerp. He started as Junior Scientist in 1980 in the Belgian Scientific Institute of Public Health
responsible for “in vivo” skin and eye irritation studies, the development and evaluation of Alternative Methods. During this time Guido regularly published peer reviewed papers in the
scientific press and one of his method was accepted in 1988 to participate in a worldwide ring study under the condition that his lab did it according the GLP principles.
In 1990 he became Member of the Receiving authority for Chemicals in Europe and attended as advisor in toxicology/ecotoxicology studies, GLP inspections in Belgium. He followed the OECD
GLP training course of 1998 in Italy.

In January 2006 he left the receiving authorities and became a full-time staff-member of the Bureau of Quality Assurance of Sciensano (GLP-auditor and Quality officer for ISO 17025 and
ISO 9000). Since April 2009 he is coordinating the Belgian GLP Monitorate which has 18 Belgian GLP test facilities in his program, 10 Chinese and 1 Maltese test facility. The Belgian program
includes facilities conducting a variety of studies including physic-chem, analytical, toxicology, ecotoxicology studies, agricultural and veterinary residue trials. Guido has presented at numerous training courses on the OECD Principles of GLP.