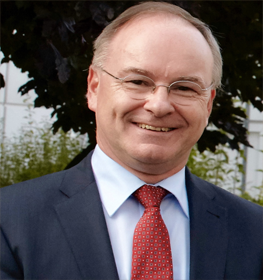 Ronald Bauer is the Head of the Institute of Surveillance of the Austrian Medicines Agency. Responsibilities cover inspections of GxP, medical devices, blood, tissue and cells as well as several other market surveillance activities (vigilance of pharmaceuticals, medical devices, blood, tissue and cells; clinical trial approval; quality defects; shortages; surveillance of narcotics etc.). He joined the national Medicines Agency’s inspection unit in 2004. Since then he has been in charge of the national GLP monitoring program for pharmaceutical substances. Responsibilities extend to the inspection of computerized systems in all GxPs. Experience covers inspections of preclinical and clinical trials and in particular bioequivalence trials. He represents one of Austria’s GLP monitoring authorities in the OECD GLP working group. He has been involved in the development of the GLP advisory document “The Application of GLP Principles to Computerised Systems”.
Ronald Bauer has a degree in biochemistry from the Technical University Graz. Before joining the Austrian Medicines Agency he spent three years in the US in a research facility and afterwards worked in an official food surveillance laboratory.